South Devons originate from the counties of Devon and Cornwall in Southwest England where they have been a distinct breed since the 16th Century. Their predecessors were taken from the port of Plymouth to the North American colonies in considerable numbers, including a few on the Mayflower in 1620 and during the Napoleonic wars they supplied the needs of the Royal Navy. The main expansion of the South Devon breed internationally did not happen until the 20th century.

The South Devon breed was established in England as a breed by the year 1800. They had a red coat, were powerfully built and supplied rich milk and well-marbled, tender beef. The South Devon Herd Book Society was founded in 1891 and the South Devon breed became one of 14 breeds of cattle whose herd books dated back to the second half of the 19th century.

During the early years of the 20th century the breed was considered a triple purpose breed for their production of beef, milk and butterfat. Exports at this time helped South Devon breeders with cattle regularly being purchased for overseas markets.

The first South Devons were brought to the United States in 1969 and in 1974. Exports increased to an all-time high in the 1970’s with 170 bulls being exported to Canada, 90 bulls to South Africa and 150 bulls came to the US.

The breed quickly showed that they are able to adapt to extreme temperatures worldwide. They are presently well-established on five continents. Wherever they have been introduced, South Devons have been well-accepted and exhibited strong performance for production and profitability. Red and black South Devons are available around the world.

They are the largest of the British breeds and are not related to Devon cattle which are also from England. Over 200 years of selection for performance has given the South Devon its outstanding qualities of beef and maternal characteristics.

The North American South Devon Association was formed in 1972 for the purpose of development, registration and promotion of the South Devon breed of cattle in this country. 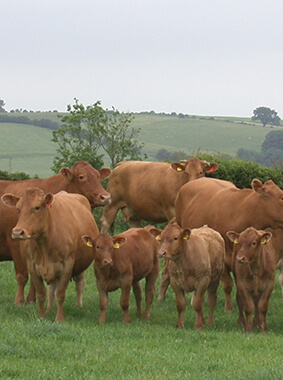 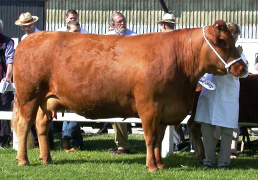 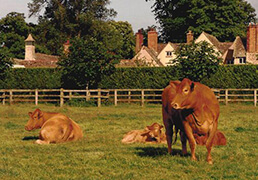 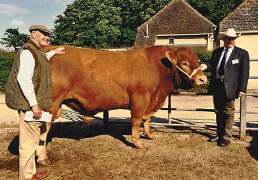